This un-posted post was written (by me) in 2015, but in many ways still feels relevant. This week, Olive mentioned living in shoulds–it’s amazing(ly depressing) how little my own shoulds have changed over the past four years, though I have very much come to terms with the fact that Spain is my first and nº1 love. 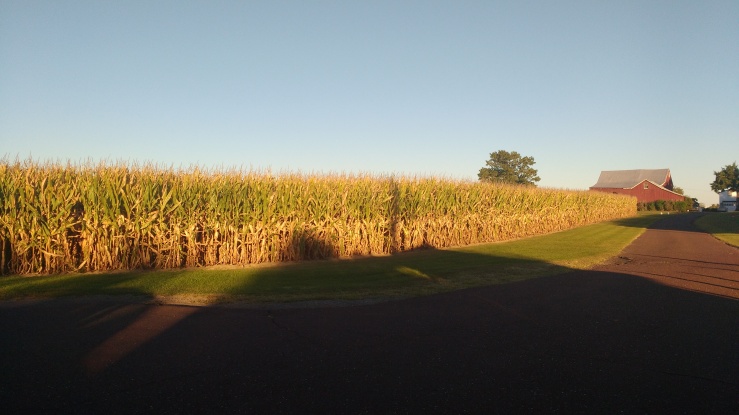 September is here, fall in full-swing.

This week, Pope Francis will make his first visit to The United States. He will spend the weekend in Philadelphia, birthplace of America and home of the most beautiful city hall in the entire world. Major roads and rail stations will be closed. Businesses will shut their doors early on Friday. Some employees will escape, others will stick around. SEPTA has sold its “Pope Passes” and The Local News stations have spent weeks Prepping Us For The Pontiff.

Me? Pope willing, I’ll board an airplane on Sunday and fly to Madrid. It may just be the most bitter-sweet September yet.

I’ve become a friend to uncertainty. In Spain, in the fall, I miss the smell of Philadelphia, of dying things, of leaves and the dreams of a summer passed. By Christmas, the only thing that might possibly satisfy my homesickness would be an opportunity to curse at the psychotic driving skills of a soccer mom in a mall parking lot. Any mall would do. Wishing the Dunkin Donuts barista a Happy Holiday! might also suffice. Then there are the bagels. The bagels, I never stop missing.

By Spring, I come to terms with the fact that the things I actually miss the most cannot be touched, screamed at, or eaten. I miss the simple comfort of people understanding me. I mean the quiet, pure understanding that happens when you grab coffee with someone who knew you when you had a uni-brow. I mean the half-cultural, half-sentimental way you just seem to get along with strangers who experienced Snowpocalypse ’11 and know who The Mummers are. In Spain, there are no Mummers. My brows are almost always well-groomed.

I believed that things would “make more sense” when I came home this summer.  That’s what they usually do. I tend to fall in love with Pennsylvania all over again, while she’s green and people aren’t afraid to go outside. By August, I begin to imagine a life in which I live in an apartment with hardwood floors and have a job I love that pays well. I go shopping at the market on Market, where there is never any shortage of artisan cream-cheese. I buy shoes without worrying about the weight of them. It’s a dream like any other: romantic, unrealistic even in its simplicity, and probably misguided.

Because, despite all the doubt, there is Spain. What happens when I think about leaving Spain “for good?” The most heart-wrenching, ear-grating flamenco cantes begin to play. I stifle back tears and declare that I was insane to entertain the idea. The things I miss while I’m away turn into terrifying potential futures. Like, the check comes after dinner without my asking, and no one thinks its weird. The stores are open on Sundays and there are more brands of bread than I know what to do with, each of them more wildly unnecessary than the last. I remember all the times I’ve sung the praises of choice while I’m away and start to feel ill. The “work ethic” I so missed turns into the disturbing phrase “two weeks vacation, if I’m lucky.” People often say it proudly.

In “After Some Years,” W.S. Merwin writes:

I have been a long time in a strange country.
The natives have been kind, in their weird climate,
Receiving me among them as one of themselves.
Their virtues are different from ours, and in some ways
Superior. I have lost the sense
Of absurdity regarding many of their odd customs.
I get their wry lingo tangled up with my own.
Maybe you have to go far away
To learn where it is that names you. The fruits here
Are excellent; better than at home.
I can no longer taste them. I would be glad
To be standing in a drab city of my recollection
Where no one but newsboys would name this place
And they mispronouncing. I hope I may
Before too long. Before the speech here has become
Natural to me, even more so
Than the tongue I was born to, before these
Sights cease to be more foreign and are more familiar
Than any I can recall. And while I
Can still clearly remember that at home too the world
Is made of strangers. For I do not wish
To head back into an expectation
Of anything better than is there, and struggling
With some illusion, find my own place
Is as far away as ever. But it should be
Soon. Already I defend hotly
Certain of our indefensible faults,
Resent being reminded; already in my mind
Our language becomes freighted with a richness
No common tongue could offer, while the mountains
Are like nowhere on earth, and the wide rivers.

Replace mountains with mummers, and it might have been me who wrote the poem. Perhaps my time will come, sooner rather than later, to return to my land, but one thing has certainly become clear this summer: the world is made of strangers. In my daydreams, I had forgotten that. As foreign as Spanish words feel in my mouth, I cannot imagine them being anywhere else. One day, it might hurt to speak this language—but I cannot imagine a day without madre mias or spirited political diatribes—for as much as I hate them, they, too, have their place. I cannot imagine a life without the overflowing enthusiasm Spaniards seem to have for both the inane and the profound.

Rosa María was my host mother in Granada and, one night while she wondered at my insistence upon romantically pursuing a tall, dumb elf, I informed her that el amor es una mentira. Love is a lie. That’s the sort of joke that only a twenty year old will tell to a sixty-something widow. She corrected me. El amor es peligroso. Love is dangerous.

How right you were, Rosa.